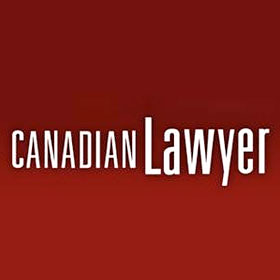 Terminated employees should get a boost from the ruling, says Daniel Hassell

The past few months have been distressing for both employers and employees. First, COVID-19 swept across the world and across Canada, resulting in business closures, layoffs and terminations. Courts then reduced operations and suspended procedural deadlines, leaving most wrongfully dismissed plaintiffs on standby, with limited access to justice.

A glimmer of hope for the prospects of employees who require more than the bare minimum protections of the Employment Standards Act, 2000 (ESA) came from the Ontario Court of Appeal in the recent decision in Waksdale v. Swegon North America Inc., 2020 ONCA 391. The case represents a significant judicial development in the ongoing efforts by employers to limit their liability when terminating employment relationships.

If a termination clause violates the ESA, then the clause is void and the more generous (and nuanced) common law applies.

The court will scrutinize restrictive termination clauses for potential, and often minor, breaches of the ESA. Since Machtinger, the analysis has become increasingly technical.

Waksdale represents a significant and far-reaching departure in the application of the widely accepted principles used to determine if a termination provision is void for breach of the ESA.

“For cause” termination provisions are often in breach of the ESA, but this violation has been largely inconsequential. Counsel for dismissed employees will now be able to use such breaches to more effectively poke holes in the language of restrictive termination provisions to access typically greater common law entitlements.

A common drafting flaw is to overlook a narrow distinction between the ESA and the common doctrine of just cause. Pursuant to the ESA, “An employee who has been guilty of wilful misconduct, disobedience or wilful neglect of duty that is not trivial … ” is not entitled to statutory notice of termination/termination pay, or severance pay. The common law standard of just cause is a somewhat broader.

Employment lawyers are frequently presented with the following scenario:

Now the likely outcome will be the exact opposite. The court will declare the entire termination provision void, and not just the “for cause” provision.

Waksdale is ground-breaking because of the sheer volume of employment agreements likely impacted, especially given the unprecedented number of terminations due to COVID-19. Statistics Canada reported that unemployment rates in May 2020 reached a record high of 13.7 per cent.

The decision in Waksdale represents some respite for wrongfully dismissed employees, many of whom may now have significantly greater entitlements.

Employers may want to have their employment contracts updated with enforceable termination provisions that are reasonable and not overly restrictive.

Employees would be prudent to have their termination provisions reviewed by an employment lawyer.