Zubas Flett Law in The News: Court Decision is full of Red Flags 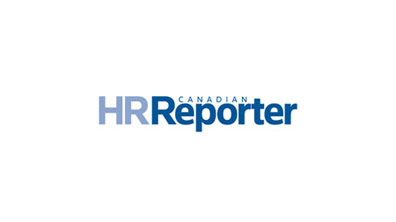 Recently, Zubas Flett Lawyer, Dan Hassell, spoke with  Jeffrey Smith of Canadian HR Reporter. The opinion piece, which discussed a recent decision of the Ontario Court regarding resignation after refusing accommodation is below.

Worker resigned after failure to agree on accommodation: Ontario court

But decision is full of red flags for employers, says lawyer

A small Ontario employer was successful in defending itself from a worker’s wrongful dismissal claim in which the court found that the worker resigned after refusing an accommodation offer.

But the decision is full of red flags for employers, says Daniel Hassell, an employment lawyer at Zubas Flett Law in Toronto.

“I would have thought that at the end of a sick leave, there would have to be more for the resignation to be clear and unequivocal – with the timing and the nature of the sick leave, that there would be a bit more allowance for that in the [court’s] finding,” says Hassell. “It would be helpful to confirm the employee’s resignation in writing to demonstrate that it’s a clear and unequivocal resignation, rather than at the end of a meeting that the employee leaves upset.”

The 58-year-old worker was the sole employee of Jeff Lamb Professional Products (JLPP), a small company run by Jeff Lamb providing promotional products to organizations. The worker was in a relationship with Lamb when he formed the business in 1999 and started working for him that year, performing administrative duties. The relationship ended at some point but she continued to be employed for JLPP, essentially running the business while Lamb was mostly hands-off.

The company was based out of Lamb’s home in London, Ont., and the worker was allowed to work from home for part of the time and in Lamb’s home the rest of the time. She usually worked about 34 hours per week, but JLPP temporary laid her off in the spring and summer months when business decreased. The worker collected employment insurance (EI) during this time and JLPP rehired her in the fall, when business improved.

On Jan. 21, 2016, Lamb advised the worker that he would be reducing her hours to about 20 per week. He offered her a 25 per cent raise to her hourly rate to help compensate, but she would be required to be in the office for all her working hours. He said JLPP had been losing money and he was concerned that the worker was over-paying herself, along with possible other financial improprieties. He wanted to be able to monitor her work.

The worker didn’t like the new arrangement but agreed to it.

The worker said she was shaken by the incident and went home, where she had a “meltdown.” She was frightened and recalled an incident 10 years earlier when they had an argument and she threw a basket at Lamb. Lamb responded by grabbing her by the throat and holding her against a wall. She claimed not to remember anything else about the incident, but Lamb testified that he had called the police and the worker was taken to hospital, where she was placed on a psychiatric hold for seven days.

Lamb and the worker exchanged texts over the next several days and the worker kept saying she was sick and couldn’t come in. Eventually, on March 2, she told Lamb that if she were to return to the office, he had to agree to never speak to her again the way he did on Feb. 24 and make arrangements so she could work from home most of the time.

A few days later, Lamb agreed to talk to her about it and the worker came to the office on March 7. Lamb proposed that the worker work at the office for three hours each day when he was at the gym, but the worker refused, saying that she was afraid of him. She packed up her desk and left.

Later that day, the worker texted a contact at JLPP’s biggest client to say she had been let go.

The worker requested her last paycheque and termination pay, and JLPP issued a record of employment (ROE) indicated she had been terminated for lack of work.

The worker filed a wrongful dismissal action claiming $100,000 in damages for termination without notice, breach of good faith and fair dealing, and breaches of occupational health and safety and human rights legislation. JLPP argued that she resigned from her position after failing to accept the accommodation offered to her.

The court found that the nature of JLPP’s business involved certain office equipment and material with a dedicated phone line, fax machine, printer, and copier. In addition, the office had an area to store promotional products. Although there were some tasks that the worker could perform remotely, there were many that required her to be onsite, said the court.

The court also found that Lamb’s offer for her to work in the office while he wasn’t there was reasonable and the worker’s reason for not accepting it – that she was afraid of him – didn’t make sense in context of the proposed accommodation. The court added that the worker’s credibility in recounting events was questionable, given that she claimed not to remember the incident where police were called and she was taken to hospital.

It was interesting that little importance was given to the lack of documentation of the accommodation process or how the termination was handled, says Hassell.

“I was a little surprised by some of the factors that weren’t considered – for example, the record of employment,” he says. “Dismissal for shortage of work was a little bit unusual, but the judge may have been thinking that it was issued to allow the employee to collect unemployment insurance benefits or something.”

The court determined that JLPP offered reasonable accommodation for the worker’s concerns and the worker rejected it because she wanted to work entirely from home. JLPP met its duty to accommodate and the worker resigned when she refused the proposal, said the court in dismissing the action.

“It seemed like it was important that most of the duties couldn’t have been done off-site, but I wonder if there might be some other accommodations that could have been made?” says Hassell. “It was a decision about something that happened six years ago, because now during the whole change in work with COVID, you would think that photocopying and faxing might be not something that would absolutely have to be done at the office, so that seemed a little striking and the decision seems almost outdated.”

“It seemed like there could have been some more accommodation explored even procedurally, and just more of a back-and-forth to try to work out something else.”

Hassell believes that the employer may have been lucky and won the decision, but there are some cautions employers should take from this case – particularly when it comes to ensuring that a resignation is clear an unequivocal, and the importance of documenting the accommodation process.

“The employer took the position that she’d resigned, which ended up being successful, but it seemed like there was some confusion,” says Hassell. “If it went the other way, than it could have been a more significant award.

“If it doesn’t go well, there can be significant liability.”

If you have any questions or inquiries regarding resignation or accommodation, contact Zubas Flett Law at 416-593-5844 or questions@employment-lawyers.ca.