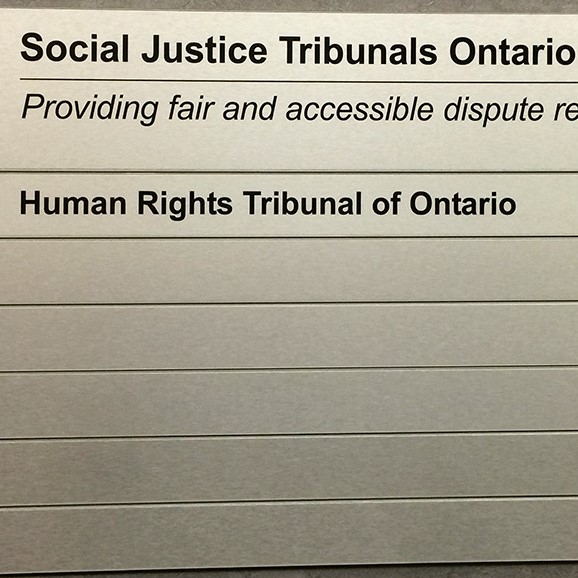 To commence a claim with the Human Rights Tribunal of Ontario (the “HRTO” or the “Tribunal”), an individual must file an HRTO Form 1 together with Form 1-A assuming the alleged discrimination occurred in the employment context (the “Application”). There are certain details to be set out in the Application that ought to be carefully considered by both applicants and respondents. If the Application is completed inadequately, the consequences to the applicant’s case can be severe. Well advised respondents can take advantage of such deficiencies by dispensing of the matter without even addressing the merits.

The Human Rights Tribunal of Ontario, Rules of Procedure (the “Rules”) empower the Tribunal to exercise any of its powers or waive the application of any rules/procedures at the request of a party or on its own initiative, subject to certain exceptions and laws.

In order to provide for the fair, just and expeditious resolution of any matter before it the Tribunal may:

1. Lengthen or shorten any time limit in the Rules;

3. Allow any filing to be amended

Given that the Tribunal has a broad range of power to dismiss an Application, and is clear that part of the Tribunal’s mandate is to ensure matters are dealt with expeditiously, it is important to file a suitable Application. Although the Tribunal has the flexibility to waive certain requirements, it does so lightly.

Upon receipt of an Application, a respondent should promptly seek legal advice about how to respond. An important issue to be canvassed is whether the Application was filed on time. Question 7 of the Application requires the Applicant to specify the date of the last event of discrimination. If an application has been filed late, it may be dismissed in part or in its entirety on a preliminary basis, without the cost, time and energy of proceeding to a full hearing.

In highly-limited circumstances, the Tribunal may permit late applications to proceed. If an Application is not submitted within the appropriate time period, the applicant must provide a reason in “good faith” as permitted by section 34(2) of the Code, which states:

(2) A person may apply under subsection (1) after the expiry of the time limit under that subsection if the Tribunal is satisfied that the delay was incurred in good faith and no substantial prejudice will result to any person affected by the delay.

Notably, the Tribunal applies this time limitation period strictly and will only allow a delay in exceptional circumstances. For example, the delay may be permitted if the applicant was in hospitalised at some point during the one (1) year limitation period.

In the leading case of Miller v. Prudential Lifestyles Real Estate, 2009 HRTO 1241 (CanLII), the Tribunal stated the following regarding “good faith” and the importance of the one (1) year limitation:

[24] In my view, where an applicant seeks to establish that a delay in filing an application was “incurred” in good faith, the applicant must show something more than simply an absence of bad faith… The mandatory one-year limitation period is consistent with the policy objective, expressed elsewhere in the Code, that human rights claims should be dealt with expeditiously.  Thus, the Code requires an individual to act with all due diligence, and file their application within one year, when they may seek to pursue a human rights claim.

In the matter of James v. Human Rights Tribunal of Ontario, 2018 ONSC 5537 (CanLII), the applicant attempted to have the Tribunal’s decision to dismiss his Application on the basis that the Application was dismissed as it was filed one (1) day late set aside by the Court through judicial review. The judicial review was also dismissed. The Court found that the Tribunal’s decision was reasonable in concluding that “the Application was filed outside of the one-year period and that there was no evidence that this delay occurred in good faith.” This case underscores the Tribunal’s strict enforcement of the one (1) year limitation period.

If there was more than one alleged incident of discrimination, it is prudent that the applicant and respondent(s) be certain of its date. It is important that both the applicant and respondent(s) are clear if the actual last event is considered to be a discriminatory act as it may lengthen or shorten the time period in which an Application can be submitted.

It is important that the applicant include sufficient detail on the Application about all of the alleged events, described in a clear and concise manner. The applicant should include details such as who was involved, what happened, where and when the event(s) occurred, as well as how the applicant believes the allegations violated its Code-protected human rights. Arranging the incidents in chronological order is encouraged.

The Tribunal may hold a summary hearing, on its own initiative or at the request of a party, on the question of whether an Application should be dismissed in whole or in part on the basis that there is no reasonable prospect that the Application or part of the Application will succeed.

Consequently, because of Rule 19.1A, it is important that the applicant ensure that the claim has merit and stands a reasonable chance of success. If not, the respondent may request a summary hearing to have the claim dismissed. In the matter of Dabic v. Windsor Police Service, 2010 HRTO 1994 (CanLII), the Tribunal stated the following on ‘reasonable success’:

In some cases, the issue at the summary hearing may be whether, assuming all the allegations in the Application to be true, it has a reasonable prospect of success. In these cases, the focus will generally be on the legal analysis and whether what the applicant alleges may be reasonably considered to amount to a Code violation.

In other cases, the focus of the summary hearing may be on whether there is a reasonable prospect that the applicant can prove, on a balance of probabilities, that his or her Code rights were violated. Often, such cases will deal with whether the applicant can show a link between an event and the grounds upon which he or she makes the claim. The issue will be whether there is a reasonable prospect that evidence the applicant has or that is reasonably available to him or her can show a link between the event and the alleged prohibited ground.

While an applicant may feel as though they are a victim of discrimination, the applicant should speak with a lawyer to ensure that it is based on appropriate grounds and that there is weight to their claim. This will save the applicant from spending time and resources in filing a claim that may potentially be dismissed.

Claiming the Correct Areas of Discrimination

If the appropriate ground(s) are not correctly claimed, the respondent may argue that the Application must be dismissed in whole or in part on a preliminary basis for no ‘reasonable prospect of success’.

Depending on the circumstances, an attempt to amend the Application with the appropriate ground(s) may not be allowed.

In a Tribunal’s determination of whether to amend an Application, in the matter of Wozeilek v. 7‑Eleven Canada, 2009 HRTO 926 (CanLII), the Tribunal stated that they will consider the following factors:

The Board has jurisdiction to amend complaints. In deciding whether or not to permit such amendments, the Board is exercising its discretion.  The factors influencing how that discretion will be exercised include the following:

Whether the amendment would occasion actual prejudice to the other party;

The conduct of the party seeking the amendment;

The impact of the proposed amendment on the course of the hearing and any other parties;

Applicants and respondents uncertain about the limitation period or reasonable prospects of success or with questions about the Human Rights Tribunal of Ontario’s Rules and Procedures, should contact Zubas Flett Law for counsel. Contact us  at 416-593-5844 or  questions@employment-lawyers.ca.